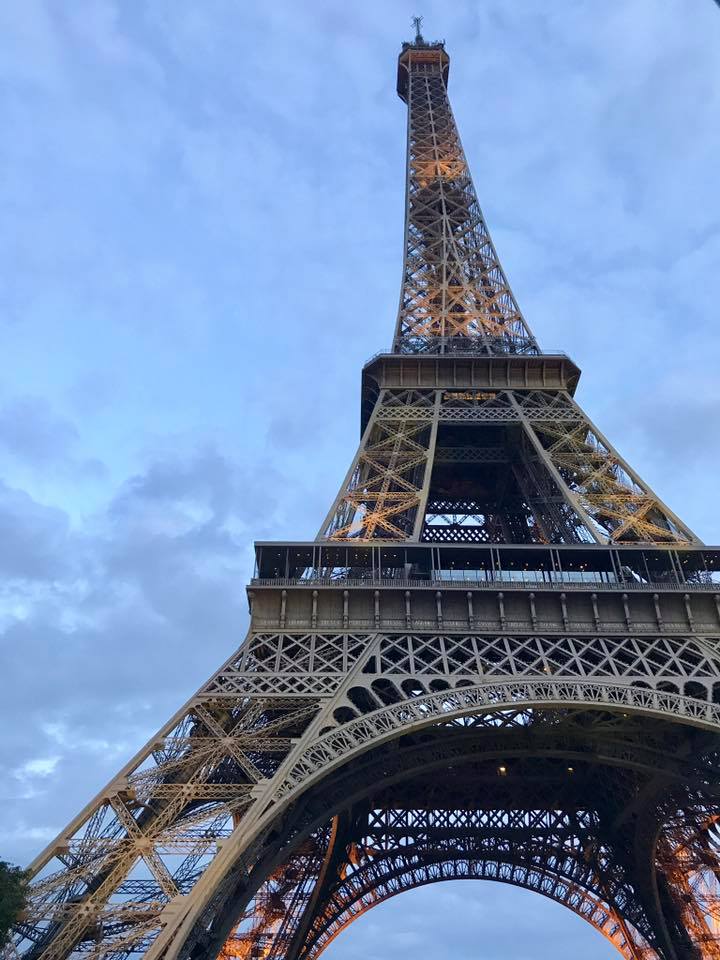 My 35-day trip all over Europe was coming to an end. We had been to so many cities that I only used to dream about. We made memories everywhere. Our last two stops were Paris and Barcelona. Two cities I had already been to on a previous trip to Europe with EF. This visit to these two great cities had some similarities to my first time but definitely had some differences.

Paris: The most unexpected thing happened this time around when visiting the Eiffel Tower…they were having a huge celebration to commemorate 300 million visitors to the tower. We had no idea when we got up the tower that they were having a party. Complete with alcohol, a DJ and tons of fun. Never in a million years did I think I would get to party on top of the Eiffel Tower, but it was an amazing experience.

I had some free time the next day and made my way to Montmartre, which overlooks Paris and has shops and restaurants. It was nice to spend some time exploring on my own. I had two classic French dishes of French onion soup and steak and frites for lunch that day. On my way back to the hotel, I visited the Tuileries Gardens and it was gorgeous!

The next day a small group of us went to do some exploring again. We started our morning at the cutest/coolest coffee shop I’ve ever been to. It was called Delirio and had delicious coffee, nice people and a cute setup. We then made our way over to the Rue Cler market, which was an area filled with every sort of shop you could imagine. We did a lot of walking that day and ended up upon another farmers market later on too. Plus some shopping at Cache Cache.

We had an amazing fun night as a group going to the Paradis Latin Cabaret show. We had great seats, good food and what seemed like never ending alcohol. This was definitely the best cabaret show I have been to. I loved it!

Barcelona: This trip was pretty similar to my first time here, but I had some more time to relax and also unwind since it was the last stop of our trip. We went to a paella and sangria making class which was really fun and yummy! We also had an amazing night out which included getting our tour bus driver to take us out, all 40 of us. It was a fun way to end the trip with all of the amazing people I met.

Another thing that was quite interesting during our time in Barcelona was that we arrived right as the entire city was going on a strike to fight for their independence from Spain. The streets were filled with people, more people than I’ve ever seen! Even the public transportation workers went on strike for the day. Barcelona was fighting for their right to vote in very important elections regarding their independence, but many people had been unable to vote because of the police presence. The protests were peaceful but were taking place right outside of our hotel, which was pretty crazy.

On our very last night, we all went to our Farewell Dinner. I don’t even know how to put into words what this trip meant to me. I never would’ve imagined a trip like this would be possible for me. I was surrounded for 5 weeks by some of the most amazing people I’ve ever met; the sweetest girl from Tennessee, 3 boys from Michigan, a couple of 18-year-olds who I admire, sisters, the most photogenic Melissa, an artist, the “fit couple” who had the biggest hearts, pun-tastic people, a boy who came out of his shell to have fun with us, nurses, a couple of amazing Emily’s, my best friend and saster, our tour guide, who after two trips together is someone I love dearly plus so many others who made the trip memorable. They made me laugh, cry and wish that we didn’t all live across the U.S. so that we could continue to make memories all as a group.

If you’ve been waiting to travel, or don’t think you should go alone, or don’t know how to save the money to make it happen, I promise it’s doable and worth every penny. I had the time of my life with these people in Europe and I’ll remember it forever.

Where are you planning to go? Let me know!