In early November of 2019, I decided to take an extended trip up to the New England area for a close friend’s baby shower. I flew from Houston to Providence, Rhode Island with Southwest Airlines and got a rental car for the trip. My goal was to experience some fall foliage as well as relax for a few days. My Airbnb for two nights was in Norwich, Connecticut…right down the road from the Mohegan Sun Casino and plenty of things to do and see!

My first day there, on a Wednesday, I decided to just drive around and eventually end up at my rental for the night. The trees were a little later in the season than I had hoped for, but the scenery was great and I still got to see some of those classic fall colors. I drove into this small town called Mystic River and I was really loving the great weather!

On Thursday I decided to check out Devil’s Hopyard State Park. Most of the parks were closed for the season, but I still had a chance to drive through and see plenty! It was super relaxing and peaceful. I didn’t wander too far from the trails/roads just because it was a little deserted and I was traveling alone…cue creepy music/I watch and listen to too many True Crime documentaries. 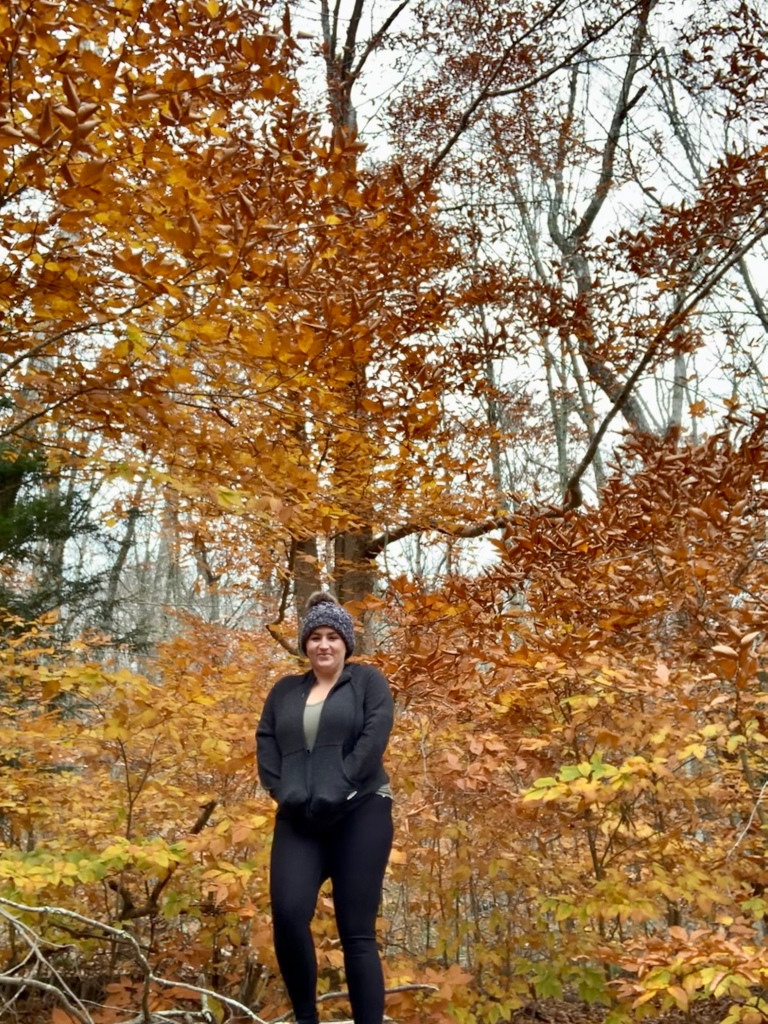 I drove over to Madison for lunch and some shopping along their town center. I picked Elizabeth’s Cafe for lunch, which was a home they had redone into this very cute restaurant. Their clam chowder was yummmm as well as their meatloaf.

Fun fact: liquor stores are called package stores in the northeastern states…I drove by a couple before I realized what they actually were. I stopped off at a pumpkin patch that was almost done for the season and got to pet some baby goats while also buying pumpkins for the fall-themed baby shower 🙂 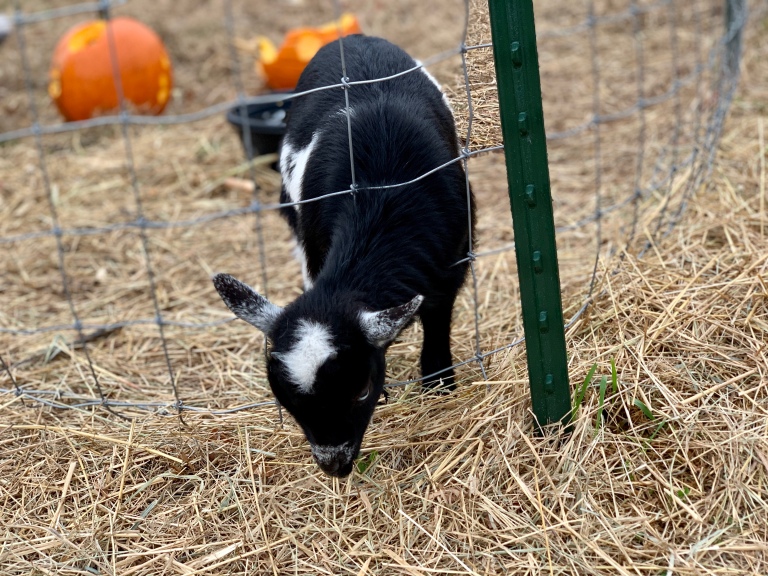 My last stop of the day was down to Waterford. The clouds were a little heavier in this area and the temperatures were also cooler. I went to Harkness Memorial State Park, which I’m sure is booming during warmer months. It was the perfect spot to walk around and I even went down to the waterfront to touch the sand. 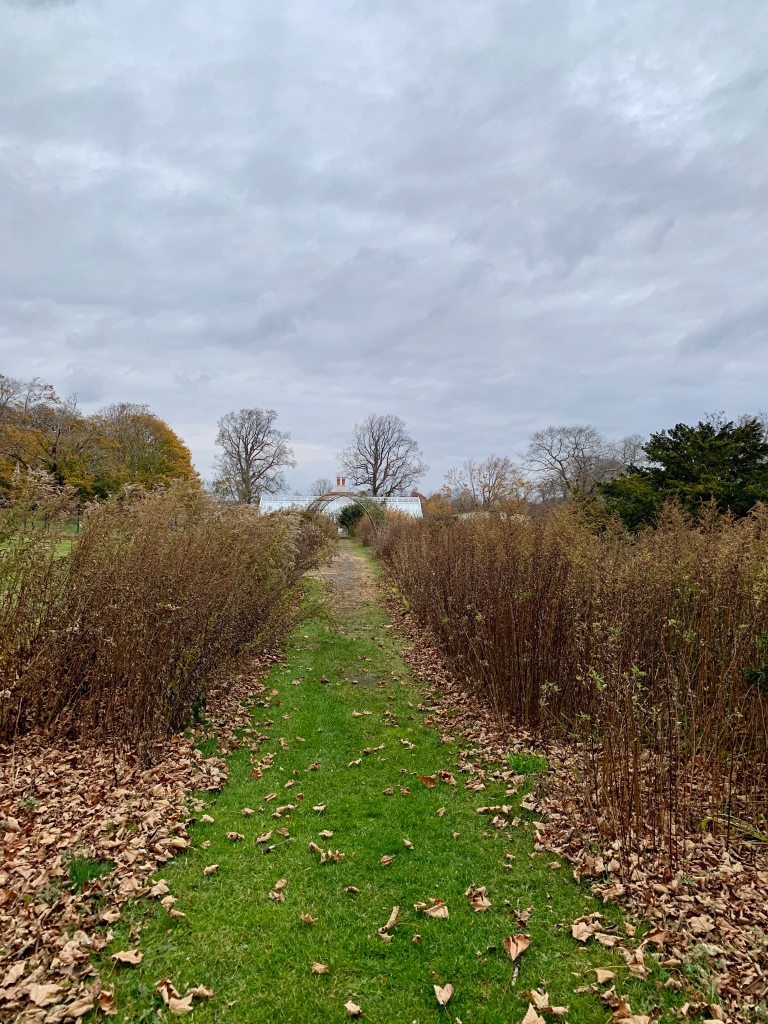 Thursday night was supposed to be my relaxation to the max night. I bought a big bottle of wine, some firewood and I was ready to settle in. Did I mention that I’m from Texas and my knowledge of fireplaces isn’t very extensive? Needless to say, my night consisted of every door/window in my Airbnb open, smoke detectors unplugged and me freshly showered trying to get the fire to go out because of the small lever(the flue) that I didn’t make sure was open before lighting a fire:/ I will never make that mistake again!

One extra cleaning fee and a smoky night of rest later, I was ready to start my journey towards Quincy, Massachusetts to catch up with my friends and my girl Kellie who was expecting twins! I made a pit stop in North Attleboro, MA to take some pictures from a great viewpoint. 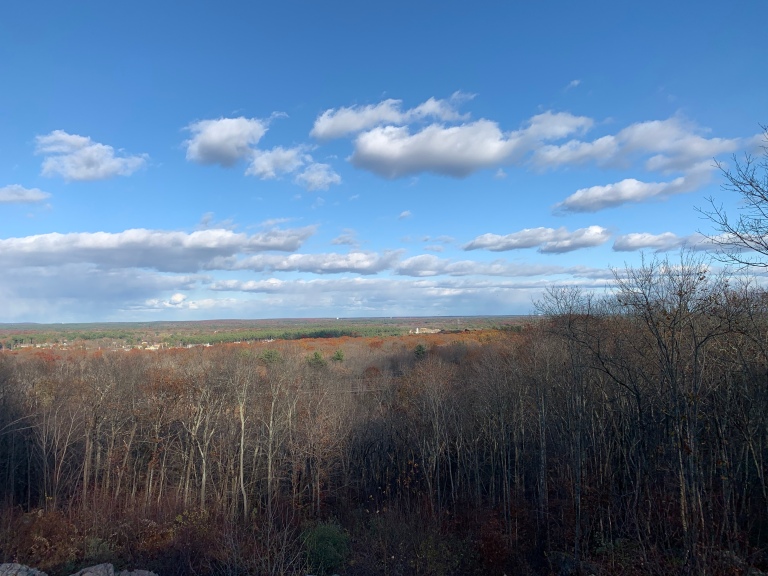 Last but not least on my little road trip, Houghtons Pond in Milton, MA. Another place that is perfect for walking around and busier during the summer months. At this point I was regretting not bringing mittens, otherwise, I would’ve walked outside longer/Texans can’t stand the cold for too long. This was probably one of my favorite stops of the whole trip with plenty of trees and a beautiful lake. 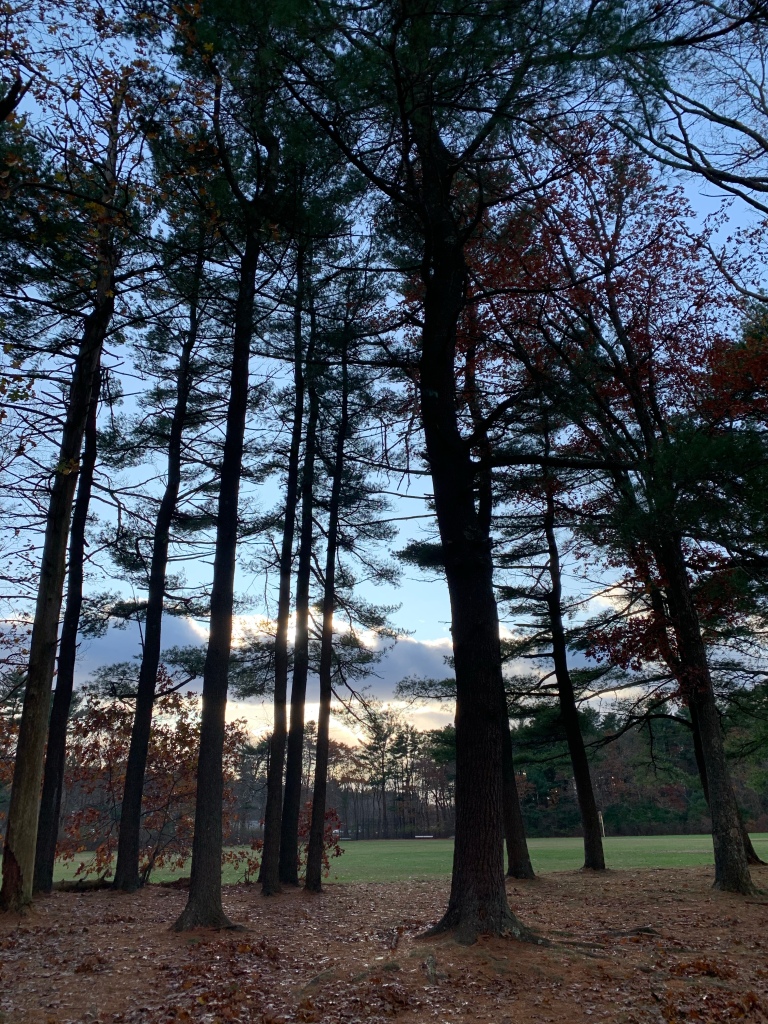 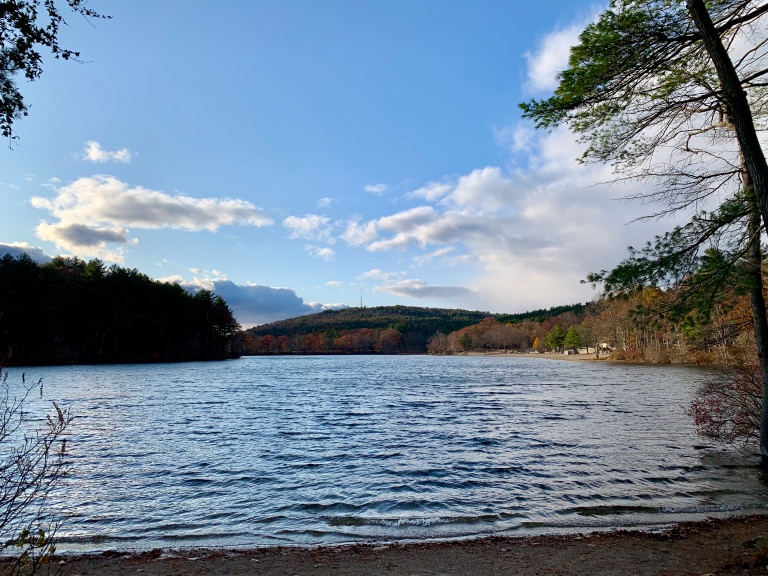 I arrived at Kellie and Josh’s super cute house that I was calling home for the next three nights. Friday night consisted of last-minute prep for the baby shower(that over 100 people were coming to!) and having fun with friends and their family. We decorated pumpkins and it’s safe to say I don’t have a future career as an artist.

The next day, Kellie wanted to take me up to the North Shore and see a few places. Kellie was dying to show me a North Shore staple: a Junior Beef Three Way from Prime Roast Beef & Pizza. My knowledge of roast beef is very limited to Arby’s or a deli being the only place to get it where I’m from. BUT this sandwich was literally one of the best things I’ve ever had. I can still remember exactly how messy and delicious it was today. Get one!

We went over to Brooksby Farm in Peabody which is an awesome place selling so many homemade things to eat and fresh produce. We walked out of there with way more than we had intended on buying(we came for apple cider doughnuts…YUM) but it was worth it!

Sunday was the day of the baby shower, which was expertly planned on the New England Patriots bye week so that more people would come to the shower. They are serious about their football y’all! Granite Links was the venue and it was gorgeous. Overlooking a golf course and the city, it was the perfect place to celebrate Kellie and Josh and their two little ones on the way. 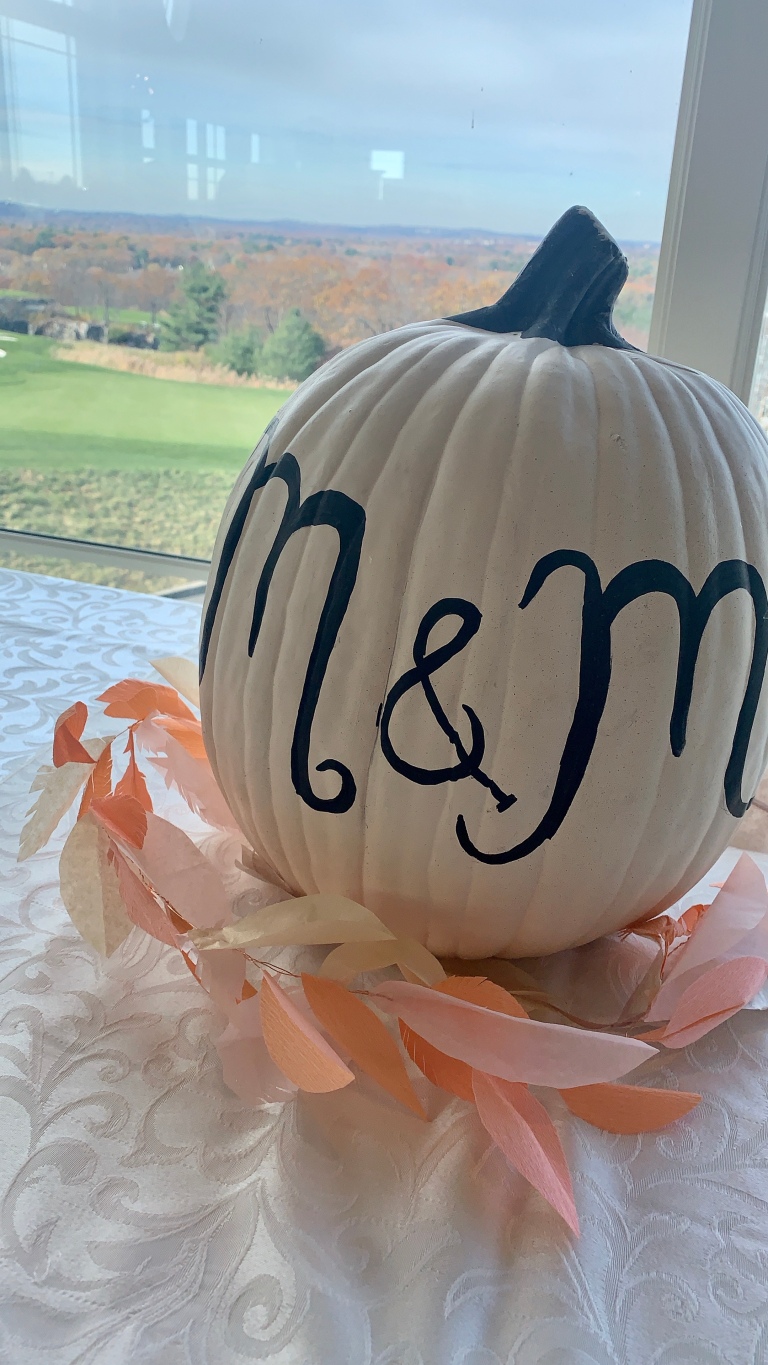 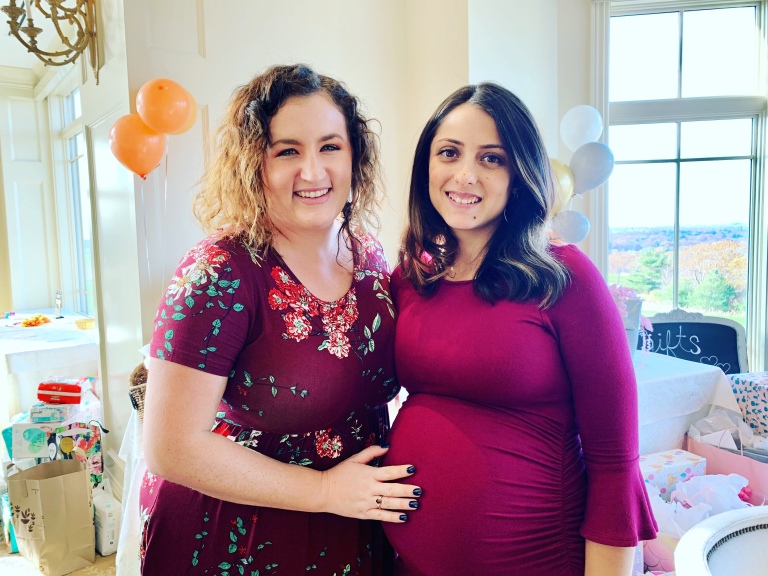 Sunday evening was spent watching football and opening the baby shower presents while we still had the energy. Kellie and Josh were the best hosts and I can’t wait to come back and visit once the girls are older! Marley and Mia were welcomed into the world in late January and they’re absolutely perfect.

What do I need to see on my next trip north? Best time of year to get more of the fall foliage? Any off-road trails I can take my rental car next time? I had a Jeep Compass trail edition and I was ready to go mudding!