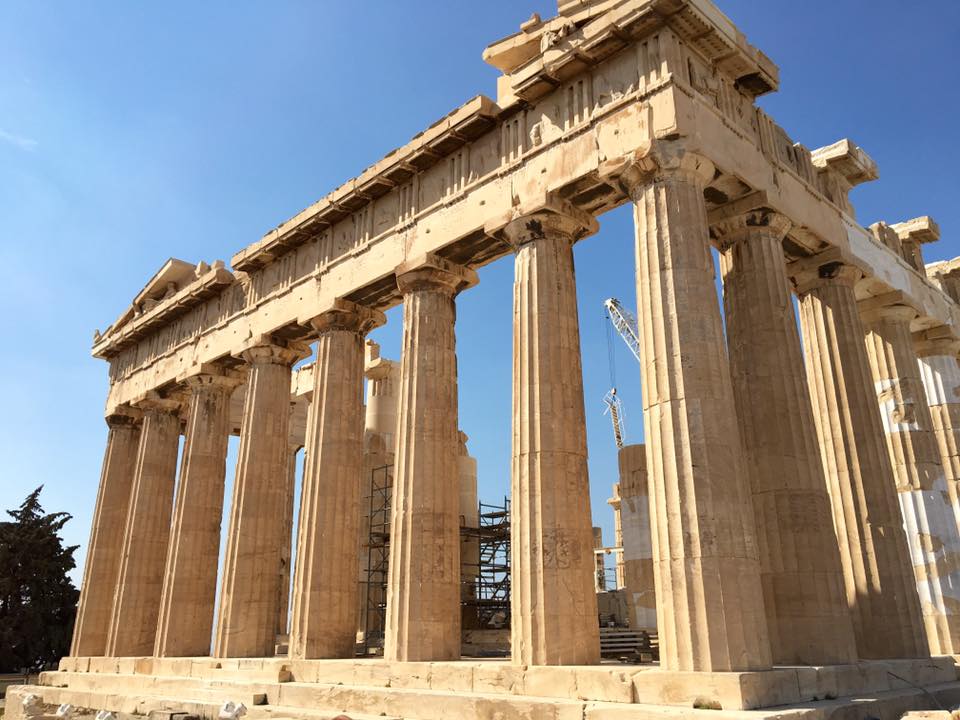 Greece has been on my travel list for as long as I can remember. I’m a sucker for anywhere that has beautiful water and amazing history. In September of 2016 me and my best guy friend, Andrew, booked a 10-day tour with EF College Break to Greece and the Islands…if you haven’t checked out their amazing deals, you really should and feel free to ask me any questions you might have on their trips!

When we first arrived in Athens, we met our wonderful Tour Director, Paola and the rest of the group. There were 26 of us total. A few of us decided to trek over to Lycabettus Hill, which wasn’t too far from our hotel, Airotel Alexandros. This hill is the highest point in Athens and offers some amazing views if you can make the hike up! We made it all the way up when we realized that we had taken the less traveled path…or maybe the path that wasn’t actually supposed to be taken. The upside is we had this area all to ourselves to take in the beautiful city of Athens.

Dinner that night was at a rooftop restaurant called Savvas. We ate traditional Greek food and the best pork I’ve ever had. My mouth is watering just thinking about how good it was. We called it an early night because the next day was going to be filled with sightseeing!

Our morning began with great weather and a walk through the National Garden as well as seeing the Panathenaic Stadium. As we walked, we realized that there is an abundance of dogs running around, but I wouldn’t necessarily call them strays. They are well taken care of and loved by everyone there, especially tourists who miss their dogs back home… me. Then we made our way over to the Acropolis and wow! It’s a surreal feeling being there surrounded by these ancient structures. Seeing the Parthenon up close and personal, check off my list! I then had a gyro for the very first time and WHOA SO GOOD! I don’t know how I’ve survived this long without it.

There are so many shops, stores and street vendors everywhere, so you’ll have plenty of places to buy souvenirs. A smaller group of us wanted to check out the National Archaeological Museum while we had time that afternoon. The museum is hugeeeee. We kind of winged it in smaller groups and tried to look at everything! There is a small garden on the inside next to a cafe that is great for relaxing and taking pictures. 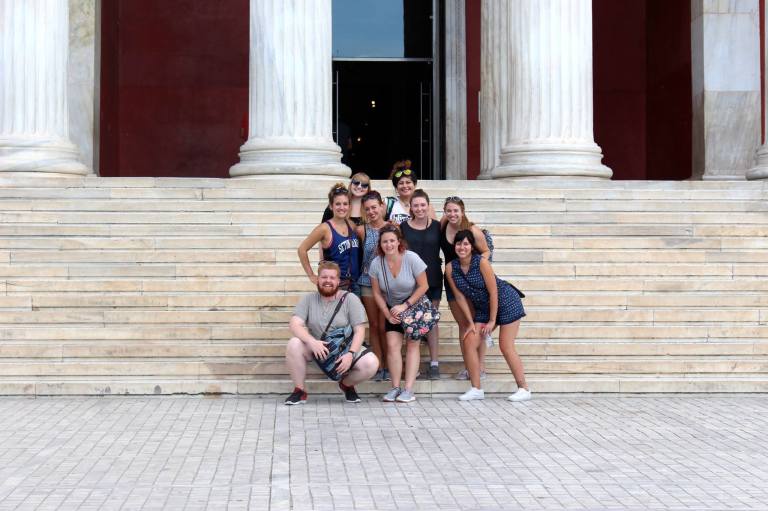 We grabbed dinner, split two carafes of sangria with my newfound sister on the trip, Heidi, and then we headed out to a bar called six d.o.g.s. The bar was beach themed…? We weren’t quite sure of the relevance of all their drinks being Hawaiian themed BUT they were delicious. Such a cool atmosphere where we all got to hang out and get to know each other better. I tried ouzo for the first and last time of my life. It’s pretty much the national drink of Greece and unfortunately, I am not a fan…but you have to at least try it once while in Greece!

Up next in our Greek adventures: the island of Santorini!